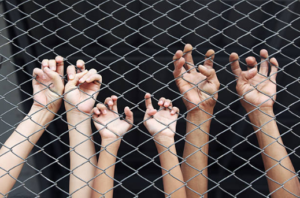 WASHINGTON — The former head of U.S. Immigration and Customs Enforcement told NBC News that migrant parents separated from their children at the border are sometimes unable to relocate their child and remain permanently separated.

“Permanent separation. It happens,” said John Sandweg, who served as acting director of ICE under the Obama administration from 2013-2014.

Sandweg’s warning contradicts White House messaging that the separation of women and children migrants under the Trump administration’s “zero tolerance” policy is only temporary.

While a parent can quickly move from detention to deportation, a child’s case for asylum or deportation may not be heard by a judge for several years because deporting a child is a lower priority for the courts, Sandweg explained.

“You could easily end up in a situation where the gap between a parent’s deportation and a child’s deportation is years,” Sandweg said.

As a result, parents may find themselves back in their home countries struggling to find their children. Many do not have access to legal counsel or understand the U.S. immigration or judicial systems.

Children who stay in the foster system for lengthy periods of time may become wards of the state and finally adopted.

“You could be creating thousands of immigrant orphans in the U.S. that one day could become eligible for citizenship when they are adopted,” Sandweg explained.

That scenario could be hard to swallow for immigration hardliners who argue against spending welfare dollars on immigrants and are opposed to a path to citizenship for children brought into the country illegally.

Sandweg says he has seen permanent separation happen when a parent is deported without his or her child.

“This is why family unity was critical for us. With the numbers of families crossing ticking up, [the] Obama administration was concerned about children being left behind,” said Sandweg.