Home Politics Forget the Wall Already, It’s Time for the U.S. to Have Open Borders 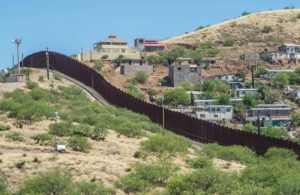 The solution to America’s immigration problems is open borders, under which the United States imposes no immigration restrictions at all.

President Donald Trump’s recent tweets against open borders come as no surprise. Indeed, even fervent immigration advocates worry that open borders would lower the wages of low-skilled natives, erode national security, and overburden the social safety net. Trump doubled down, tweeting that he would be “willing to ‘shut down’ government” unless Congress approves funding for a border wall with Mexico.

Trump, however, has it exactly backwards: The solution to America’s immigration problems is open borders, under which the United States imposes no immigration restrictions at all. If the U.S. adopts this policy, the benefits will far outweigh the costs.

Government will then have no need to define or interpret rules about asylum, economic hardship, family reunification, family separation, DACA (Deferred Action for Childhood Arrivals) and so on. When all immigration is legal, these issues are irrelevant.

Think about the money we could save and make