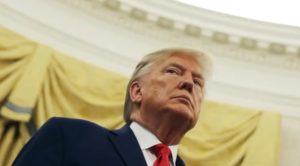 The administration of President Donald Trump has, periodically, made sweeping decisions designed to deliver on campaign promises to put “America first”. Immigration policies have presented low-hanging fruit and are easy targets for reform.

The Trump White House generally provides a legal justification for its decisions. When the administration moved to eliminate the Temporary Protected Status (TPS) of Haitians, it argued that Haiti was now a safe country to return to. In its attempt to add a question about citizenship to the 2020 US census, it cited the Voting Rights Act (VRA), arguing that it was protecting minority groups from having their voting rights diluted or marginalised.

However, lawyers say these policy changes are designed to have a disproportionate effect on minority or immigrant communities, and their declared rationale is often a veneer for anti-immigrant intent.

Lawyers have been essential in exposing the administration’s underlying motivation for policy changes, using the discovery process to gain access to documents that prove it.

The Trump campaign was explicit about its anti-immigrant sentiment, says Howard Roin, partner at law firm Mayer Brown. Mr Trump reportedly referred to an assortment of nations as “shithole countries” in a closed-door meeting on immigration with lawmakers — a comment the president has denied.

In January 2018, when the administration eliminated TPS for people from Haiti, El Salvador, Nicaragua and Sudan, lawyers were shocked. TPS is a designation applied to countries that, because of war, natural disaster or humanitarian emergency, are no longer considered safe enough for citizens abroad to return to. Haiti received TPS status after the 2010 earthquake that killed an estimated 230,000 people.

While previous administrations have eliminated TPS with little fanfare, “the fact that multiple countries were done at once within a short period of time is what was remarkable, that’s what set off alarm bells,” says Geoffrey Pipoly, a senior associate at Mayer Brown, which filed a legal challenge in the case of Haiti.