Home Court News For Manuel Duran and Others in Immigration Court, Stakes Can be Life and Death 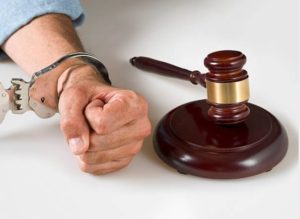 A judge once said working in the immigration court system was like holding death penalty cases in traffic court.

Immigration judges handle hundreds of cases. They have power to decide whether to send people back to their countries of origin, where they might die of violence.

Now at least one immigration judge will likely decide the high-profile case of 42-year-old reporter Manuel Duran. The former broadcaster for Spanish-language radio was live-streaming a Downtown protest about immigration detention for his online news outlet, Memphis Noticias, when he was arrested on April 3.

Police said he and others refused orders to clear the street. Though prosecutors dropped criminal charges against Duran, immigration agents picked him up at the local jail. The government aims to send him to El Salvador based on a 2007 deportation order.

Duran waits inside a detention center in Jena, La., while lawyers seek a new hearing before an immigration judge. They plan a news conference Monday to announce an additional filing in the case.

Former Memphis immigration Judge Charles E. Pazar, who retired last year, offered his insight on the Duran case and others pending in America’s immigration courtsBetween 1998 and last year, Pazar heard the cases of immigrants from all over the world, from West Africa to China.

He remembers some of them clearly, like the cafe owner who had angered a political party in his country. The man showed the judge security camera footage of a bomb going off inside his business. Pazar let him stay in the U.S.

He said the cafe owner likely came from Venezuela or Colombia, but he’s not sure. “Remember, I’ve heard thousands, tens of thousands of cases over the years. The details do blur a little bit.”

Now 65, Pazar grew up in Bergen County, NJ. He briefly worked as a defense attorney and spent years representing the government side in immigration cases. He applied for a judgeship in the late 1990s.