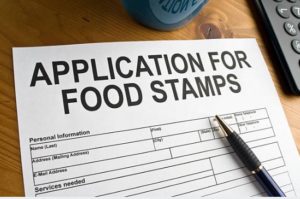 Mabuhay and hafa adai! On Sept. 22, the U.S. Department of Homeland Security posted a notice of proposed rule-making regarding the issue of public charge as a ground for inadmissibility to the United States.

Once the notice is formally published in the Federal Register, a 60-day period of public comment will open. The submitted public commentaries will assist Homeland Security in formulating a final rule, which will likely go into effect in early 2019.

Even prior to the posting of the notice, much has been written about public charge as a ground for deeming a foreign national inadmissible to the United States. Numerous publications have accused the present administration of employing the public charge ground as a method of discriminating the poor and impoverished. Some articles claim the implementation of the proposed rule will encourage immigrant families to starve their children and discourage them from obtaining necessary medical treatments.

The main difference between the proposed rule and present policy guidelines, implemented during President Bill Clinton’s administration, is the definition of welfare benefit. Under the present policy, welfare benefits generally included only cash assistance and institutionalization for long-term care. The proposed rule is more expansive, and will include Medicaid, exclusive of certain emergencies or those provided through schools or disability programs, food stamps, Section 8 rental assistance and federal housing vouchers.