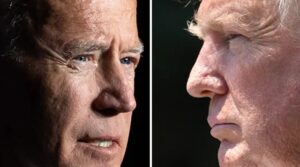 If the debate hosts who are going to question the candidates about their views on immigration were to ask me for suggestions, I would offer the following five:

On Legalization — The last legalization program was established more than 30 years ago by the Immigration Reform and Control Act of 1986 (IRCA). It was based on an agreement between the Republicans and the Democrats to give lawful status to undocumented aliens already living in the United States in return for interior enforcement measures that were expected to prevent a new group of undocumented aliens from replacing the ones being legalized.

All undocumented aliens who were not legalized were to be subject to deportation.

Question: Would you be willing to support negotiations to establish such an agreement now?

On Employer Sanctions — The IRCA was supposed to establish employer sanctions to eliminate the job magnet that draws undocumented aliens to the United States. The fines imposed pursuant to these sanctions were expected to deter employers from hiring aliens who were not authorized to work in the United States.

Approximately 2.7 million aliens were legalized, but the employer sanctions program was only implemented on a token basis. The job magnet continued to attract, and within a decade — by the beginning of 1997 — the 2.7 million legalized aliens had been replaced entirely by a new group of undocumented aliens.

It has been more than 30 years since IRCA was enacted, and we still do not have a fully implemented employer sanctions program. It’s time to give up on that program and consider alternatives.

Undocumented foreign workers are desirable to unscrupulous American employers because they can be exploited.

The Department of Labor (DOL) could address this problem purely as a labor issue by enforcing federal labor laws that were enacted to curb such abuses. With additional funding, DOL could mount a large-scale campaign to stop the exploitation of employees in industries known to hire large numbers of undocumented immigrants.