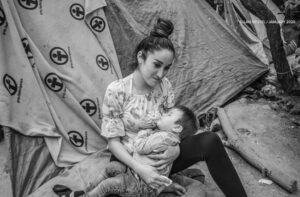 TEXAS, USA — With a change in the country’s leadership, many hope for a revision of the current immigration system and practices.

The outgoing administration has said the changes it made to the nation’s asylum policy, the building of the wall and other measures have made the country safer.

But critics point to the child separation policy, as one example, which at the very least resulted in the U.S. government not properly tracking or losing parents of hundreds of children and created a situation where the ACLU and a number of nonprofits are trying to reunite them.

The Migrant Protection Protocols (MPP) implemented by the U.S. Department of Homeland Security, which keeps asylum seekers in Mexico while they wait for a U.S. court date has also drawn criticism. In a 2019 press release, DHS described MPP as a way to “address the urgent humanitarian and security crisis at the Southern border,” and a way to “restore a safe and orderly immigration process … and reduce threats to life, national security, and public safety, while ensuring that vulnerable populations receive the protections they need.”

Joshua Rubin is one of the human rights activists who want the new administration to change immigration practices. In 2019, Rubin said he was watching stories about child separations at his New York home and was tired of yelling at the TV.

“This was a particularly egregious case of abuse. The suffering of the children was so strong, so vivid. The video, the audio of a crying child that it became impossible for me to look at it and not want to do something,” Rubin said. “Now, I could have. And I think that’s what most people do, is turn it off. You can turn it off and you can look away and you can think about your own life. Unfortunately, I wasn’t able to stop thinking about it.”