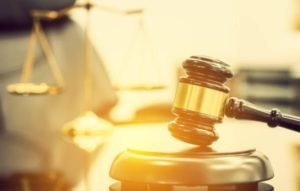 On July 13, 2018, U.S. District Court Judge Victor Bolden declared unconstitutional the federal government’s forcible separation of two immigrant children from their parents, and ordered the government to take immediate steps to ameliorate the grave harm it has caused.

The plaintiffs are represented by Connecticut Legal Services and the Worker and Immigrant Rights Advocacy Clinic at Yale Law School.

Judge Bolden’s decision is the first ruling in the country to find that the government’s cruel and illegal family separation scheme violates the constitutional rights of children, and not just parents. The ruling was issued in the cases of two children detained in Connecticut who filed suit in federal court on July 2 to challenge their forced separation under the Trump Administration’s “zero tolerance policy.”

At that status conference, the children and their parents will see each other for the first time in months. Plaintiff V.F.B., a 14-year-old girl who fled El Salvador, last saw her mother in May. While V.F.B. and her mother were detained in an immigration facility in Texas government officials led the girl away to shower, and when she returned, her mother was gone. Plaintiff J.S.R., a 9-year-old boy who escaped persecution in Honduras, has not seen his father since June, when they were separated while the boy slept. Until the filing of their lawsuit, the children were held virtually incommunicado from their parents.