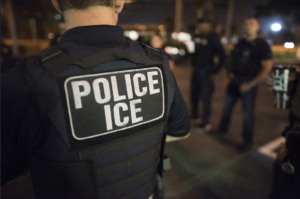 U.S. Immigration and Customs Enforcement (ICE) consistently fails to conduct adequate inspections of its detention facilities or to follow up on recommended corrections at facilities that are found not to meet agency standards. As a result, many immigrant detainees are held in conditions that threaten their health and safety, or which fail to respect their basic rights.

These serious deficiencies in the inspections conducted by ICE personnel, as well as the private contractors hired by ICE, are described in a report released at the end of June by the Department of Homeland Security (DHS) Office of Inspector General (OIG). The OIG notes that it frequently takes detention centers years before addressing problems flagged during inspections.

At one detention facility, ICE waived the requirement that non-violent detainees with no history of serious criminal offenses be kept separate from those detainees who did have a record of violent behavior or serious criminal conduct. Citing cost and space constraints, ICE concurred with the facility’s assessment that segregating detainees in this way—separating the violent from the non-violent— “may prove to be an undue burden.”

Another example cited in the report is the case of a private contractor which conducted its interviews of detainees in English—even if the detainees did not speak English. In one instance, a guard in the facility doubled as the translator for a detainee. Interviews were also conducted in open settings rather than in private as required by ICE policy.

The OIG report echoes the findings of others released over the past few years.

A 2018 report describes the often fatal consequences of substandard medical care in detention facilities. In the Adelanto Detention Facility in California, a nurse told a sick detainee that “she did not want to see him because she did not want to get sick.” In the end, the detainee suffered a fatal heart attack. A detainee in the Otero County Processing Center in New Mexico died of bronchopneumonia after a three-day delay in transferring him to a hospital.