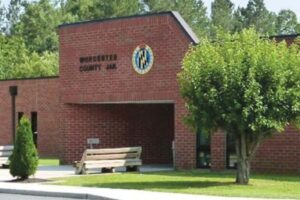 In an anticipated move during a special session of the General Assembly this week, members of the Democrat-heavy legislature voted to override Gov. Larry Hogan’s veto of a bill that imposes a solid end date to the state’s participation in a federal program that provides funding to the county to house people detained on immigration matters.

House Bill 16 requires the two counties — Worcester and Frederick — that still hold contracts with the U.S. Immigration and Customs Enforcement Agency, or ICE, to end them by Oct. 1, 2022.

The measure passed the legislature last session, but Hogan’s veto kept the counties’ participation in the program alive. Majority votes in both the House and Senate on Tuesday, however, overrode the veto, thus cutting off a large chunk of the Worcester County jail’s annual revenue.

The move was expected, but will still force county officials to finagle the budget for the detention center to make up for a loss that at one point exceeded $5 million annually.

According to a letter the county commissioners sent in February to members of the Eastern Shore delegation, the detention center housed roughly 200 immigration-related detainees under contract with ICE since 1999. The program generated significant revenue for the jail, accounting for $5.1 million of its total $9.2 million budget in fiscal 2019, $3.5 million in fiscal 2020 and $4 million in fiscal 2021.

The 2022 budget included a little under $1.5 million from the program, a $2.5 million decrease from the previous year, in anticipation of the passage of House Bill 16.

Hogan’s veto allowed the county to get through another budget cycle before the contract ends, but Tuesday’s override brought it back to the chopping block.

County officials said during budget talks that they will be considering the need of every position within the jail to make up for the lost revenue.