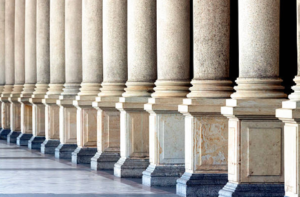 The Phillipsburg man came to the Northampton County Courthouse this year for a hearing in his drunken-driving case. An undocumented immigrant, he left court in handcuffs, with local authorities arresting him in order to turn him over to immigration agents for deportation.

But even assuming that Raul A. Romero-Matos’ arrest was illegal, he can still be legally deported, the federal Third Circuit Court of Appeals ruled Thursday in upholding an order that calls for him to be swiftly removed from the country.

The decision was heralded by District Attorney John Morganelli, an outspoken critic of illegal immigration who called it a victory for his get-tough policies. It was denounced by lawyers for Matos, who said it will have a chilling effect on immigrants seeking to assert their rights in the local justice system without fear of being taken into custody and deported.

“It’s a scary decision. It’s a really scary decision,” said Kevin Santos, one of Matos’ attorneys, who was challenging the constitutionality of his arrest, charging authorities lacked either a warrant or an immigration detainer.

“If someone’s in the wings of deportation, the Fourth Amendment doesn’t apply. That’s the title of this decision,” Santos said.

But how wide of an impact the ruling will have is an unanswered question. The Third Circuit limited its opinion specifically to Matos, declaring it as “non-precedential,” meaning its outcome will not influence future cases.

Matos, who holds dual citizenship in Peru and Spain, came to the United States in 2014 under the Visa Waiver Program, which allows travelers from America’s closest allies to visit for up 90 days without a visa. For those who overstay that threshold, federal law calls for them to be summarily deported, and severely restricts their ability to contest that, the Third Circuit noted.

What matters is whether Matos overstayed, and he indisputably did, wrote Chief Judge D. Brooks Smith for the three-judge panel.