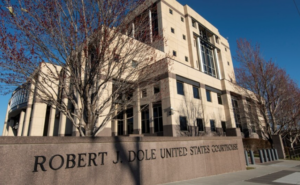 A federal appeals court has found unconstitutional a statute making it a crime to encourage or induce a noncitizen to reside in the United States.

In a 2-1 decision on Wednesday, the 10th U.S. Circuit Court of Appeals upheld a lower court ruling finding the statute to be overbroad under the First Amendment.

The appeals court decision, written by Judge Nancy Moritz, found that the statute “criminalizes a substantial amount of constitutionally protected speech, creating a real danger that the statute will chill First Amendment expression.”

At least for now, the decision means that the law is not enforceable in the 10th Circuit, which covers Kansas, Oklahoma, Colorado, Utah, New Mexico and Wyoming.

The case has stretched out over more than seven years. It sprung from the March 2015 indictment of a Lawrence, Kansas, drywall contractor and other defendants who were charged with money laundering, bank fraud and harboring undocumented workers.

The government claimed they were part of a scheme to convert more than $13 million in payroll checks into cash, in order to pay crews of undocumented workers installing drywall in the Kansas City metropolitan area.

Several defendants pleaded guilty in return for light sentences. But two construction crew leaders, Jose Felipe Hernandez-Calvillo and Mauro Papalotzi, chose to go to trial. A jury of 12 women found them guilty of conspiring to encourage or induce someone to unlawfully reside in the U.S.

U.S. District Judge Carlos Murguia, however, threw out their convictions after agreeing with their argument that the statute was unconstitutional on its face because it prohibited “a substantial amount” of protected speech.

In a fortuitous bit of timing, the Ninth U.S. Circuit Court of Appeals found the same statute unconstitutional around the same time. (The U.S. Supreme Court in 2020 reversed the Ninth Circuit decision on procedural grounds.)