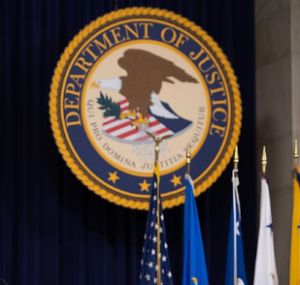 An immigration judges union made its case before a federal appeals court last week to regain full recognition by the federal government, after losing its collective bargaining status under the Trump administration.

The National Association of Immigration Judges is asking the U.S. Court of Appeals for the D.C. Circuit to overturn a 2020 decision by the Federal Labor Relations Authority that eliminated NAIJ’s status as a federal employee union — as well as a 2022 FLRA ruling that upheld its earlier decision.

The three-judge appeals court panel, however, expressed some reservations in handing down an opinion in the case while a separate effort to get the union recertified remains ongoing.

NAIJ in July filed a new petition with FLRA to restore its union status, and a hearing on that petition is scheduled for January 2023. This will mark the union’s first hearing before the FLRA now that it has a majority of Biden appointees.

The union is pursuing all of its options to regain its union status, but the full-court press has raised some concerns about how the appeals court is to proceed.

Judge Sri Srinivasan said last Thursday that the still-pending petition before FLRA to recertify the union could potentially render the court’s upcoming ruling moot, depending on the outcome.

“Suppose they granted reconsideration and they actually gave you everything you asked for, Srinivasan said to NAIJ’s legal counsel. “We would still be looking at a decision that had already been reconsidered and as to which you’d already gotten the granted relief.”

Judge A. Raymond Randolph agreed that FLRA’s handling of NAIJ’s latest bid to regain union status could have a significant impact on how the court should proceed with the case.