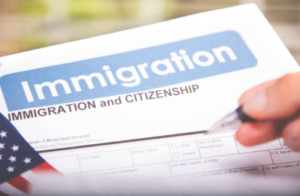 Attorneys are turning to the courts to unclog a massive immigration application backlog that’s resulted in processing delays lasting up to seven years in some instances.

“Not only has the government increased the processing times substantially,” he said, it’s also “cut off lines of communication” so that resolving delays quickly and less formally is no longer possible.

Attorneys are hoping to capitalize on the relative success of a campaign launched last year to litigate denials of employment visa petitions. At the same time, they say they’re out of other options for addressing wait times that aren’t just annoying, but harmful for their clients.

It used to be that lawyers waited to sue until a client’s application or petition was taking longer than the expected wait times posted on U.S. Citizenship and Immigration Services’ website. Now, those expected times are so “absurd” that “it’s almost becoming like a joke now,” Klasko said.

The delays aren’t relegated solely to employment visa petitions, but some of the most extreme are in the employment area.

Applications to be classified as a regional center—an investment vehicle under the EB-5 immigrant investor program—are now taking anywhere between 30 and 85 months to adjudicate, per USCIS calculations. A foreign investor seeking a green card through the EB-5 program is looking at a wait time of between 27.5 and 49 months.

A petition to sponsor someone for an EB-1 green card for multinational executives or managers can take anywhere from 6.5 months to 10.5 months, while an application to replace a green card takes between 12 and 12.5 months.

And applications for work permits through the optional practical training program can take upward of five months. The program allows international students on F-1 visas to work in the U.S. for a period of time after graduation.