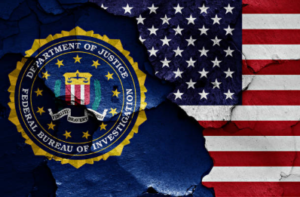 The FBI has targeted groups conducting nonviolent protests at the border against U.S. immigration policies for surveillance, according to a document obtained by Yahoo News.

The document, called an “external intelligence note,” was reportedly produced by the FBI’s Phoenix office for use by other agencies and law enforcement and lists several groups as “increasingly arming themselves and using lethal force” against U.S. immigration policy but overwhelmingly cites nonviolent activism.

“It’s been a feature of the post-9/11 counterterrorism effort by the FBI to focus on nonviolent civil disobedience and to prioritize it,” former FBI Special Agent Mark German, now a New York University fellow, told Yahoo.

“For several years after 9/11, the FBI called environmental activists the No. 1 domestic terror threat, even though there’s not a single homicide related to environmental ‘terrorists’ in the United States,” he added.

The document attributes border demonstrations to “anarchist extremists” and focuses far more on what it says is the potential for their activity to escalate than to specific acts of violence. For example, it cites a social media post by antifascist activist Cory Lemley stating “Every ICE detention center shall be taken over, with ICE employees detained until every immigrant is freed.”

Lemley told Yahoo he does not advocate “proactive violence” and that other material the FBI flagged, such as pictures of him with guns, show legally-owned weapons that are no different than material one could “see in a redneck post on a daily basis.”

The document also cites a post on the leftist website It’s Going Down which refers to “attacks” and “targets” but outlines actions that are predominantly nonviolent, if sometimes disruptive protest tactics such as hanging banners and blocking streets. The only violent or criminal incidents are eight episodes of vandalism or fights at protests, according to Yahoo.

By Zack Budryk for THE HILL
Read Full Article HERE