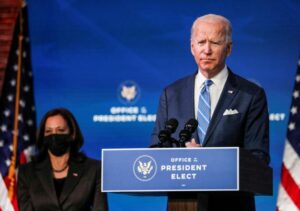 (Reuters) – U.S. President-elect Joe Biden has promised a quick and dramatic reversal of the restrictive immigration policies put in place by his predecessor President Donald Trump. While Biden pledged to undo many of Trump’s policies starting the first day he takes office on Jan. 20, the layers of reforms will take much longer to implement.

Biden, a Democrat, said in a June tweet he will send a bill to Congress “on day one” that laid out “a clear roadmap to citizenship” for some 11 million people living in the United States unlawfully.

Biden has said he would create permanent protection for young migrants in the Deferred Action for Childhood Arrivals (DACA) program, known as “Dreamers.” Started by former President Barack Obama when Biden was vice president, the program currently provides deportation protection and other benefits to approximately 645,000 people.

Trump’s Republican administration tried to end DACA but was stymied in federal court. The program still faces a legal challenge in a Texas court.

Vice president-elect Kamala Harris said in an interview with Univision on Jan. 12 that the administration planned to shorten citizenship wait times and allow DACA holders, as well as recipients of Temporary Protected Status (TPS), to “automatically get green cards,” but did not explicitly say when or how these changes would happen.

Trump moved to phase out TPS, which grants deportation protection and allows work permits to people from countries hit by natural disasters or armed conflict. Earlier in his campaign, Biden promised to “immediately” grant TPS to Venezuelans already in the United States.

For years lawmakers have failed to pass a major immigration bill. Democrats may stand a better chance of passing legislation after a run-off election in Georgia handed them control of both houses of Congress.

RESTORING ASYLUM AND REFUGEES
Trump blasted what he called “loopholes” in the asylum system and implemented overlapping polices to make it more difficult to seek refuge in the United States.