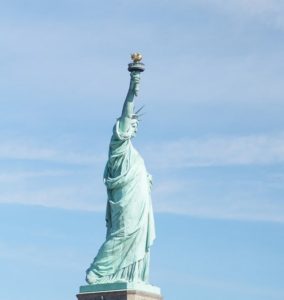 In an exclusive interview with NPR this past week, President Trump’s chief of staff, John Kelly, said this about immigrants crossing the border illegally.

GARCIA-NAVARRO: General Kelly used to be the head of the Department of Homeland Security. And he is still very involved in shaping the Trump administration’s immigration policies. We’re joined now by Tomas Jimenez, an associate professor of sociology at Stanford who studies immigration, to talk about these comments. Thank you so much for being on the program.

TOMAS JIMENEZ: Great to be with you, Lulu.

GARCIA-NAVARRO: OK. So let’s parse this out. Let’s start with assimilation. It kind of reminds me of the Borg in “Star Trek.” You will be assimilated. So is assimilation or, as chief of staff Kelly calls it, integration important?

JIMENEZ: It’s incredibly important. You know, for any society to function, people have to have equal opportunity to fully participate in a society. And General Kelly’s right about the fact that language is a big part of that – so is education, and so is income. So it is important, yes.

GARCIA-NAVARRO: What do we know about the way in which Latinos assimilate?