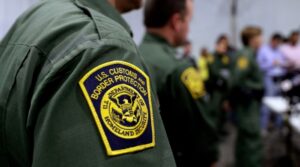 The Florida attorney general recently filed a lawsuit against the Biden administration.

Florida Attorney General Ashley Moody filed a lawsuit against the Biden administration, arguing that interim guidance on immigration enforcement prevents the arrest and deportation of criminals illegally in the country.

Moody appeared on Fox News to talk about her lawsuit and said the Biden administration is requiring law enforcement authorities to release criminals.

“And now they’ve released guidance which is basically releasing into our streets serious criminal offenders,” Moody said on Fox & Friends March 9. “They are canceling detainers and requiring our law enforcement leaders to release them back into our states. And this includes heroin traffickers, people that are breaking into homes, use of a firearm with some of these felonies.”

We took a closer look at Moody’s comment about detainers, which are a tool used by immigration authorities to take custody of people who are slated to be released from local or state law enforcement agencies. Moody’s office provided evidence that Immigration and Customs Enforcement did lift detainer requests for certain inmates in Florida, based on new enforcement priorities.

In addition, ICE told PolitiFact it is still issuing detainers. But the agency said its priority is removing the most serious offenders, such as gang members, murderers and terrorists.

What’s an immigration detainer?
An immigration detainer is a notice that the Department of Homeland Security sends to federal, state and local law enforcement agencies informing them of ICE’s intent to assume custody of a person who is being released from law enforcement custody. ICE can lodge a detainer against someone who has served a criminal sentence or someone arrested on local criminal charges.