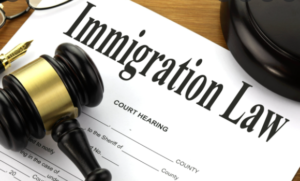 Oklahoma’s Sen. James Lankford: “The vast majority of individuals that we’re releasing out are not showing up for hearings.”

Here’s why: In a hearing over the Department of Homeland Security’s budget, Sen. James Lankford, R-Okla., asked Homeland Secretary Alejandro Mayorkas about DHS’s capacity to detain immigrants entering the country illegally at the southern border.

Mayorkas said detention capacity is limited, but authorities hold certain people if there is a belief that they will not show up to their court hearings.

Lankford replied: “You say detention is used when you’re not sure if they’re going to show up for hearings. The vast majority of individuals that we’re releasing out are not showing up for hearings.”

Mayorkas pushed back, saying he “would respectfully disagree” with Lankford because “the data evidence is that the majority of people show up for their hearings.”

We reached out to Lankford’s office — and to DHS — for their respective data but did not hear back. We also sought information from the Executive Office for Immigration Review within the Department of Justice but did not get a response. That office is responsible for adjudicating the immigration cases of people placed in deportation proceedings.

Why people are released from immigration custody

Immigrants apprehended at U.S. borders receive from DHS a Notice to Appear, a charging document that explains why the U.S. government seeks to deport them.

Immigrants who receive a Notice to Appear are either placed in detention or released. Due to limited detention space, immigration authorities generally release people they believe don’t pose a threat to public safety and are likely to show up to their court hearings.