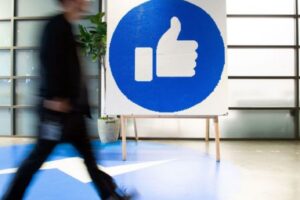 Facebook Inc. has agreed to pay a financial penalty as part of settlements with the U.S. government that had accused the social-media company of illegally reserving lucrative jobs for immigrant workers it was sponsoring for permanent residence instead of searching for and considering available U.S. workers.

Facebook will pay $4.75 million to the U.S. government and as much as $9.5 million to eligible victims of the alleged discrimination, the Justice Department said, in what it called the largest fine and financial award its civil-rights division has ever made.

Also, as part of the settlement, the Labor Department will look into Facebook’s current program to help obtain applications for foreign workers and any future filed ones for the next three years.

“Facebook is not above the law and must comply with our nation’s federal civil-rights laws including those that prohibit discriminatory recruitment and hiring practices,” said Assistant Attorney General Kristen Clarke of the Justice Department’s civil-rights division.

Companies sponsoring workers for employment-based green cards are required to show as part of the application process that they couldn’t find any qualified American workers to fill the job.

Justice Department officials previously said their investigation kicked off when Facebook filed an application with the Labor Department to hire a foreign worker as an art director, a role that requires a bachelor’s degree and two years of experience. The officials said Facebook should have been able to find an American to fill that type of job. Other positions included a number of software jobs, as well as nontechnical positions.

The tech industry broadly relies on H-1B visas to plug gaps in its technical workforce, and says such employees are essential to building the software that powers products such as the Facebook news feed.