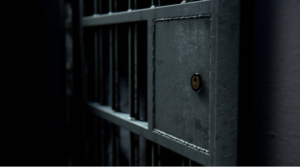 Six counties in Georgia have joined a federal program known as 287(g) that deputizes local law enforcement to effectively act as U.S. Immigration and Customs Enforcement (ICE) agents. CBS News went to the Gwinnett County Jail to see how the program is working.

“Under the Trump administration, right now we’re going by all law, immigration laws,” one deputy said. “So you come in for jaywalking, we find out that you’re illegal, we hand you over to ICE. We work for ICE. We do not deport anybody.”

Just north of Atlanta, Gwinnett County accounted for 20 percent of all 287(g) encounters last year, by far the most nationally.

At the jail, 27-year-old Diaz Lopez said he was driving to his plumbing job when he was pulled over by police because his passenger was not wearing a seat belt. He was arrested for driving without a license. He said he’s been in the U.S. for 11 years, and has never been deported before.

Unlike Lopez, 70 percent of those deported by ICE from the jail have prior criminal records, like Javier Cuatro. He said he wants to go back to his home country.

“I don’t have a chance,” he said. Moments after we spoke to Cuatro, ICE arrived to pick up him, Lopez and two other inmates. They were transported to a detention center in Atlanta for possible deportation.

“If you’re in a country illegally, the least you can do is obey that country’s laws,” said Butch Conway, Gwinnett County sheriff.