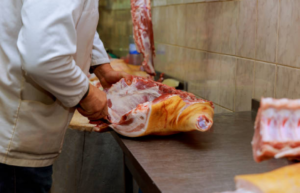 Roberto Rodriguez works at a meat-packing company in Lincoln. For years, most of his colleagues were fellow Mexicans and Central Americans. These days, the men standing by his side increasingly are Middle Easterners.

“We communicate through hand signals,” said Rodriguez, who came here from his native state of Zacatecas. “Working with Arabs is something I never thought I’d be doing. I thought the pipeline of Mexicans was forever.”

Several times a day, his Muslim colleagues pause to pray. He finds the breaks a bit odd, even annoying, but he’s willing to cut his co-workers some slack.

“I think we Mexicans pray all the time too, especially when you work in the meat industry,” he said as he made the sign of the cross. “I try to be as welcoming as possible, because I think we understand rejection.”

It’s a dynamic playing out across the U.S.

By 2020, the private sector will be facing a shortage of 7.5 million workers, said Ali Noorani, of the National Immigration Forum, a Washington-based think tank, citing a study by the American Action Forum, a moderate policy institute that promotes rights for immigrants.

“We are increasingly dependent on a combination of documented and undocumented workers, refugees with temporary worker status,” said Noorani, author of “There Goes The Neighborhood,” a book that examines the changing demographics in the U.S.

So-called labor shortages, argued Mark Krikorian, executive director of CIS, “is a sign, information for the employer that they need to change their way of doing business. They need to consider things like automation, change their recruiting strategies. Pay higher wages and offer better benefits, like free van shuttle service to pick up workers.”