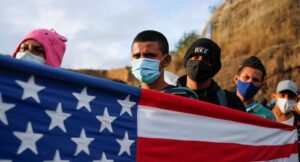 Some of them are billionaires who have funded Republican campaigns and reached conservative members of Congress with a simple phone call. Others have difficulty finding employees in the agriculture, construction, or technology field.

There are hundreds of businessmen from around the world United State who have raised their voices to pressure conservative members of Congress who are reluctant to embark on immigration reform.

The vast majority does not support opening borders or amnestying the nearly 11 million immigrants living illegally in the United States, but they do support changes to immigration laws that have not been updated in decades.

Its main goal: to approve regulations that give legal status and allow millions of foreigners living in the country without a work permit, and that facilitate entry on visas for immigrants trained or willing to do tasks locals do not want to do..

“If we can give a path to legalizing those who are undocumented, our workforce will grow, and our employees will be more productive,” said Woody Hunt, a billionaire from Texas, a construction and finance entrepreneur. He contributed money to Republican campaigns and became one of the business leaders lobbying conservative lawmakers.

For many of them, priority in laws, such as those approved in March in the House of Representatives, regulate the legal status of young dreamers who arrived as children with their parents and allow them to legally work in the agricultural sector. People who have lived in the country illegally for decades.

The ruling Democratic Party has a slim majority in the House and Senate. For bills passed in the House of Representatives to become law, they need the support of at least 60 of the 100 Senators.

Immigrants are a vital part of the American economy. According to the Ministry of Labor, foreigners account for about 17% of the workforce, and work primarily in the service sector, natural resources, construction, maintenance, and transportation.