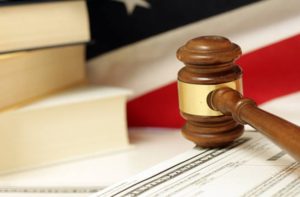 I keep asking myself how did we get into this current Deferred Action for Childhood Arrivals mess. The answer is rather simple — because duly-passed laws concerning unlawful entry to this country have neither been fully executed nor fully enforced. Was it not Chief Justice John Roberts who in defense of the less-than-popular Obamacare stated, “Congress did not make laws to fail?” Well, that has been what has happened since the more-than-two-decades-old bipartisan legislation was signed into law by President Bill Clinton. The government picks and chooses execution and enforcement at best.

We taxpayers (especially those of us in de facto sanctuary states like Maryland) have been funding the educations and providing other services to unlawfully present minors, reluctantly keeping up our end of the “deal.” But the government has failed to keep up its end of the bargain by not removing those unlawfully in this country when they become subject to deportation. The Sun’s editorial board conveniently seems to ignore that we have laws on unlawful migration into this country as its editorials rarely mention them (“Dreamers in limbo,” Feb. 16). Frankly, I never believed we have a broken immigration system because the legislated system has largely been ignored by previous executive and judicial branches of government which are supposed to make sure laws enacted by Congress are carried out.

Politicians pushing for wide-ranging amnesty like Sens. Chuck Schumer and Dianne Feinstein and House Minority Leader Nancy Pelosi to name a few have flip-flopped their political positions over the years largely due to fact they see DACA recipients and everyone else who is amnestied is an important new crop of potential Democratic voters to perpetuate a party still smarting from the election of Donald J. Trump and GOP control of Congress. It makes no sense to me in enacting new laws when previous ones have been poorly enforced since we are likely to expect more of the same.