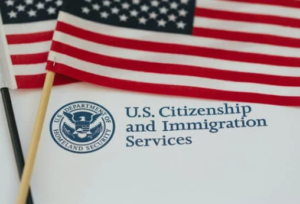 There are nearly 200 cities, counties and states in America that are considered sanctuaries for undocumented immigrants. The best known cities are San Francisco, Chicago and New York.

A sanctuary city or welcoming city bars local resources, such as police, from assisting in some elements of federal immigration enforcement.

Indiana doesn’t immediately come to mind when discussing sanctuary cities. That’s because the state legislature in 2011 passed an anti-sanctuary city law whereby a government body could not enact its own ordinance to prohibit cooperation with federal authorities when a case concerns citizenship or immigration status, among other provisions.

Sanctuary cities have been controversial since the 1980s, when people from Guatemala and El Salvador sought asylum in the U.S.

In 1996, Congress passed the Illegal Immigration Reform and Immigrant Responsibility Act, which makes it illegal for state or local governments to prohibit any government agency from sending to or receiving information about anyone’s citizenship or immigration status. Again the loophole.

In 2017, East Chicago’s city council passed a “Welcoming City” ordinance. Of most relevance, however, is a provision in which an East Chicago city agency can offer, at best, a statement concerning an individual’s citizenship or immigration status but not much more beyond that. East Chicago police probably won’t join in on Immigration and Customs Enforcement raids.

Two Lake County men sued, alleging that the city law was in conflict with Indiana code. A Lake County Superior Court agreed and enjoined the city from enforcing its ordinance.

But the Indiana Court of Appeals in mid-August sent the case back to Lake County, ordering that it be dismissed. The appellate court wrote, “A potential conflict between an ordinance and a statute, without more, does not necessarily harm the public.”

The plaintiffs do not live in East Chicago, don’t pay city taxes and couldn’t show how they would be harmed by the welcoming designation.