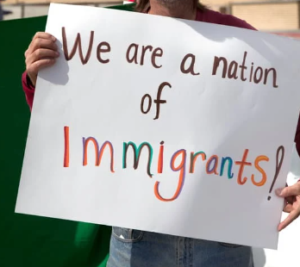 For all the acrimony surrounding immigration politics, a majority of Americans have long supported two goals: giving undocumented immigrants who came to the US as children a pathway to legal status, and securing the country’s southern border. With only days remaining in the current Congress, lawmakers have an opportunity to deliver major breakthroughs on both priorities.

A proposal by Sens. Thom Tillis and Kyrsten Sinema would reportedly provide a 10-year path to citizenship for some 2 million undocumented immigrants, known as Dreamers, who were brought to the US as children and who’ve lived in the country for much of their lives. It would also extend Title 42 — a public-health rule that allows for the expedited removal of border crossers — for at least a year. This would give officials a much-needed tool to ease pressure on the border, which saw a record 2.4 million attempted crossings in the year to October.

Just as important, the proposal addresses flaws in the asylum system that cause lengthy delays and encourage migrants to take ever-bigger risks in hopes of being released into the country. It would help clear the current backlog of claims by funding more asylum officers and judges. It would also authorize new processing centers for asylum-seekers. And additional funds would go toward hiring more Border Patrol officers and raising the pay of current employees. All told, the plan would reportedly cost up to $40 billion.

Though countless efforts to forge an immigration compromise have failed in the past, there’s reason to believe this time is different. That’s because lawmakers have rarely faced more urgency to act.

For one thing, the absence of a legislative solution for the Dreamers has left them at the mercy of legal battles over the Deferred Action for Childhood Arrivals program, which protects some 600,000 people from deportation but could still be struck down by the Supreme Court. Meanwhile, a federal judge has ordered the government to halt the use of Title 42 by Dec. 21.