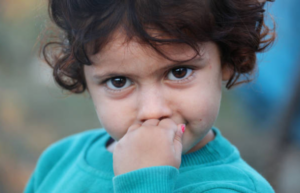 Perhaps you have seen the viral videos: the images of sobbing parents rushing to wrap their arms around the sons and daughters they have not seen for weeks, sometimes months.

Often, the children do not respond with a hug or a smile. They stare back, eyes dull, expressions frozen.

In one recording, a little boy squirms out of his mother’s embrace and crawls away on the airport floor. “Yo soy tu mami (I am your mother),” the weeping woman tries to reassure the frightened toddler. “¿Que tiene mi hijo? (What’s wrong with my son?)”

The scene is wrenching. It ought to cut to the core of every compassionate heart.

What should spark outrage is that this is one of the happier endings.

At least this child, one of the 2,654 ripped from their families during the Trump administration’s zero-tolerance enforcement at the border, is with his parents again. At least they will be allowed to stay in the United States until their asylum case is heard.

But as of Aug. 30, more than two months after a federal judge ordered the government to stop separations and reunite families, 497 children — including 22 aged 5 or younger — have yet to be returned to their parents.

Let that number sink in.

One child momentarily lost at a grocery store is traumatic for both the child and the parents. Here, 497 children remain separated after weeks and months in detention shelters or foster care. That’s 497 children alone in a strange country, feeling lost, even abandoned by those they love, sinking deeper into trauma from which they may never recover.

Many will never see their families again. At last count, according to the American Civil Liberties Union, the parents of 343 detained children have already been deported.

Let’s not mince words. Those children were stolen by our government under orders from U.S. Attorney General Jeff Sessions and President Trump. Many have been subjected to abuse and neglect in shelters; at least one toddler died after reportedly being denied proper treatment while in immigration jail. That baby was detained with a mother who pleaded for medical care. Imagine the horrors faced by vulnerable children on their own, unable to speak the language or ask for help.

The Editorial Board for CHRON
Read Full Article HERE