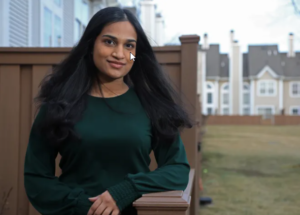 Athulya Rajakumar arrived in the United States from India when she was 4 years old. Her single mother, who had escaped an abusive marriage to raise her children in America, worked hard to provide for her two children and to preserve her work visa.

Rajakumar and her brother were required to enroll as full-time college students because they were dependent on their mother’s visa.

Now 23, Rajakumar, a journalist and recent graduate of the Moody College of Communication at the University of Texas in Austin, faces the prospect of being forced to leave the United States. She aged out of her mother’s visa protection at 21 and was able to remain legally in the country on another visa.

She is not alone in the struggle.

During a Senate Judiciary Committee hearing last week, Rajakumar asked lawmakers to create laws that permit children of immigrants with work visas to remain in the country when they become adults. A 2012 Obama-era policy called DACA (Deferred Action for Childhood Arrivals) gave temporary protection and work permits to “Dreamers,” the children of undocumented immigrants. Children of immigrants with lawful status due to work visas, were excluded from that provision. She said, she and others like her, have no option but to self-deport to their home countries or keep switching from visa to visa to legally remain in the United States.

During the hearing Rajakumar broke down as she spoke of her older brother who had scored in the 98th percentile in the LSAT and died by suicide after years of mental illness, a day before his law school orientation.

When the Obama-era DACA policy was thrown out by a Texas judge in the summer of 2021, the Biden Administration stepped in to preserve it. In September, the Department of Homeland Security (DHS) released draft rules to preserve DACA, but again, it left out children of work visa holders.