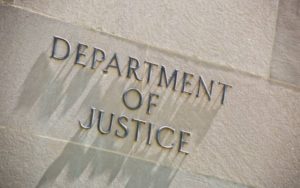 The new interim final rule was published by the Department of Justice (DOJ) just days after it was announced by the administration. It allows the director of EOIR to decide cases that “cannot be completed in a timely fashion”–within 90 days for detained cases and 180 days for non-detained cases.

The move raises grave concerns about having a political appointee adjudicate immigration cases—essentially allowing the director to shape case law. The director reports to Attorney General William Barr and may now feel beholden to his political whims.

Currently, only immigration judges, the Board of Immigration Appeals, and the attorney general are permitted to adjudicate cases. The immigration court system is currently housed within the DOJ, the same executive branch agency responsible for prosecuting immigrants in federal court. This is an inherent conflict of interest.

This summer, the National Association of Immigration Judges (NAIJ), American Immigration Lawyers Association (AILA), and others sent a letter to Congress, calling for an independent immigration court system.

“An unprecedented attempt at agency overreach to dismantle the Immigration Court,” alleging that the “DOJ’s action ends any transparency and assurance of independent decision making over individual cases.”

The rule also formalizes the creation of the Office of Policy, which is housed within EOIR and has been in operation since 2017.

Many of the more problematic policies issued by EOIR over the past year—including initiatives to speed up deportations and weaken due process protections—have originated from this Office of Policy. The office has remained largely unresponsive to stakeholders seeking clarification or basic information about new policies.

Monday’s new rule is hardly the first time the Trump administration has taken aim at the immigration court system.