Home Resources Did the U.S. and Mexico Just Link Their Immigration Policies 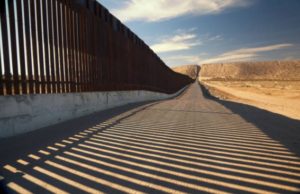 A tactical win can constitute a strategic blunder, a battle won that makes it more likely you lose the war. President Donald Trump and his most ardent supporters may in time come to feel this way about the agreement the administration reached with the Mexican government earlier this month.

The June 7 deal may seem to amount to a big victory for Trump, the result of a Tweetzkrieg threatening to impose tariffs on Mexican imports unless Mexico agreed to accomplish within 45 days what the U.S. has failed to do for years: “to sufficiently achieve results in addressing the flow of immigrants from Central America to the southern border.” Perhaps even Trump was surprised by Mexico’s readiness to give in to his demands, and mobilize forces to slam the door shut on Central Americans seeking to make their way up to the United States. He still hasn’t gotten Mexico to pay for a border wall along the U.S.-Mexico border, but Trump can plausibly say that he is forcing Mexico itself to become the wall. Moreover, as the analyst Carlos Bravo Regidor noted on an influential Mexican cable-news show, the Mexican government’s submission to Trump’s tantrum sets Mexico up to be the U.S. president’s piñata during his long reelection campaign.

But both sides could be missing the real significance of the accord: Trump has in effect ended the traditional cordoning off of immigration issues from the U.S.-Mexico economic relationship. He has, perhaps unwittingly, opened the door to recognition that the North American trading bloc is as much about people as it is about goods and services.

As ratified during the Clinton administration, the original NAFTA created a trilateral trade bloc removing most tariffs and obstacles to commerce within North America, and set rules concerning the rights of foreign investors in each country. Issues of intellectual property, the environment, and labor standards within each country were touched upon in the original treaty and expanded upon in last year’s renegotiation—the so-called USMCA—currently under consideration by the Congress. But other than some minor provisions for high-end professional and investor visas, both agreements were silent on the question of immigration. Protectionist and nativist skeptics of NAFTA feared the I-word (integration, across borders) and zealously guarded against it; business interests figured that, because they already had no problem attracting workers to cross the border unlawfully for work, they had best not go there.

By Andres Martinez for THE ATLANTIC
Read Full Article HERE