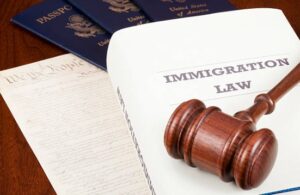 WASHINGTON — Acting Secretary Chad Wolf and his deputy, Ken Cuccinelli, are ignoring the input of career officials at the Department of Homeland Security on key policies from immigration enforcement to protest response, two current and two former DHS officials said.

The sidelining by the Trump appointees is felt acutely in the agency’s Office for Civil Rights and Civil Liberties, or CRCL, where employees hired to field complaints about DHS and review new policies believe they are not being heard, said the two current officials, who agreed to speak on condition of anonymity.

In recent months, CRCL has raised concerns about the development of a new use-of-force policy for Customs and Border Protection, the two current officials said, including concerns about the use of chemical deterrents against people trying to damage the wall on the southern U.S. border. But after raising those concerns, the office has yet to hear back on whether agents will be allowed to use chemicals to deter people trying to damage the wall.

According to recent reports, Cuccinelli removed CRCL from its usual role of reviewing the reports from the Office of Intelligence and Analysis, the office recently accused of collecting intelligence on journalists covering the protests in Portland, Oregon.

Just this week, employees at CRCL learned that they are getting a new boss: Patricia Nation, a former Justice Department official and former Republican candidate for Arkansas attorney general. Nation most recently worked in DOJ’s civil rights division, the office dedicated to prosecuting violations of civil rights statutes.

In a statement, a DHS spokesperson called Nation a “consummate professional with years of applicable experience” and said: “The policy-making process at the Department of Homeland Security often involves many parties, but not everyone’s suggestions may make it into every final product or decision.