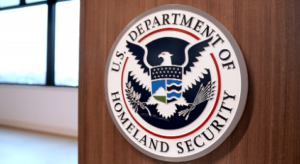 WASHINGTON — Today, the Department of Homeland Security and Department of State took steps to ensure that vulnerable Afghans who have supported and worked with the United States in Afghanistan, and who have undergone rigorous screening and vetting, can qualify for protection and other immigration benefits in the United States. These actions will also ensure that individuals who have lived under Taliban rule, such as former civil servants, those required to pay service fees to the Taliban to do things like pass through a checkpoint or obtain a passport, and those who fought against the Taliban are not mistakenly barred because of overly broad applications of terrorism-related inadmissibility grounds (TRIG) in our immigration law.

The Secretary of Homeland Security and the Secretary of State, in consultation with the Attorney General, exercised their congressionally provided discretionary authority to create three new exemptions, which can be applied on a case-by-case basis, to ensure individuals who would otherwise be eligible for the benefit or protection they are seeking are not automatically denied. Individuals would only be exempted if they have undergone rigorous screening and vetting, and are individually determined to not pose a risk to national security or public safety. Secretaries of State and Homeland Security, under both Republican and Democratic administrations, have exercised this exemption authority over 30 times previously, thus ensuring deserving individuals are not inadvertently subject to terrorism-related bars to admission and are eligible for protection in the United States.

“Doctors, teachers, engineers, and other Afghans, including those who bravely and loyally supported U.S. forces on the ground in Afghanistan at great risk to their safety, should not be denied humanitarian protection and other immigration benefits due to their inescapable proximity to war or their work as civil servants,” said Secretary of Homeland Security Alejandro N. Mayorkas. “These exemptions will allow eligible individuals who pose no national security or public safety risk to receive asylum, refugee status, or other legal immigration status, demonstrating the United States’ continued commitment to our Afghan allies and their family members.”