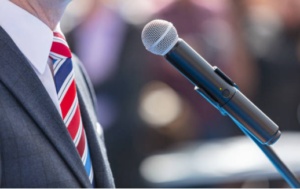 Hispanic Democrats are charging ahead with plans to move a comprehensive immigration reform bill this year, bolstered by recently secured support from some of the party’s top brass.

Leaders of the Congressional Hispanic Caucus (CHC) are drafting a measure that some Democratic leaders say they are ready to bring to the floor after the chamber tackles legislation that would both create a path to citizenship for so-called Dreamers under the Deferred Action for Childhood Arrivals (DACA) program and strengthen protections for temporary protected status (TPS) beneficiaries.

“We need to move forward first on the DACA and the TPS — people who have been here making America better, creating jobs,” House Majority Leader Steny Hoyer (D-Md.) said this month during the Democrats’ retreat in Northern Virginia. “And then we need to move very quickly onto comprehensive immigration reform.”

Whether the comprehensive package ends up getting a floor vote is uncertain, especially heading into a crucial 2020 election cycle when Democratic leaders may want to avoid an issue that’s likely to divide the diverse caucus. In addition, the legislation would face long odds in the Republican-controlled Senate.

But the CHC Immigration and Border Issues Task Force, led by Rep. Linda Sánchez (D-Calif.), a former CHC chairwoman, is nevertheless putting together such a bill.

“We’re essentially starting from scratch,” said Sánchez, dismissing the idea that a comprehensive package needs to follow the framework of a failed 2013 bill that passed what at the time was a Democratic-controlled Senate but never got a vote in the GOP-led House.

“Because we have so many people to work with, it’s an ongoing process and we think it’s better to take our time and do this the right way,” said Sánchez, adding that the CHC is seeking input from the Congressional Black Caucus, the Congressional Asian Pacific American Caucus and the House Judiciary and Homeland Security committees.