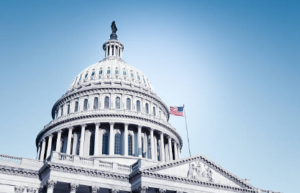 Gov. Andrew Cuomo is threatening to sue the federal Immigration and Customs Enforcement agency to stop its ongoing raids to detain illegal immigrants wanted for serious crimes like assault and rape. A staggering 80 percent of those apprehended in recent ICE raids in New York were either convicted criminals or charged with crimes. But Cuomo’s siding with criminals over their victims.

He’s playing politics. Faced with a challenge on his left flank from Cynthia Nixon, he’s desperate to prove his liberal bona fides. Public safety be damned.

The governor is parroting Democrats across the nation who claim ICE should be abolished because it’s breaking apart families and peaceful communities. The facts prove otherwise. Eighty-eight percent of the illegal immigrants arrested in recent Los Angeles ICE raids and 81 percent arrested throughout California, according to the latest ICE data, had criminal convictions.

Cuomo’s making the same bogus claim. Last Thursday, the governor denounced an ICE raid on an Upstate farm looking for Marcial DeLeon-Aguilar, a three-time deportee convicted for felony aggravated assault. Cuomo complained that Aguilar’s children had to watch their father being pinned by officers to block his escape.

What about families victimized by violent illegals?

Since January 2016, at least 25 Long Island youths have been executed by the MS-13 gang of Central American illegals. Some of the victims were left so mutilated they could hardly be identified. MS-13 beats the youngsters with baseball bats, puts plastic bags over their heads to suffocate them and then slices off their noses, ears and lips with machetes. No one read these victims their constitutional rights.

ICE’s Operation Matador targets MS-13 gang members. Yet Cuomo seems angrier at the ICE agents than at the MS-13 butchers.