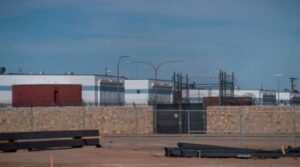 House Democrats on Wednesday called on the Department of Homeland Security (DHS) and Immigration and Customs Enforcement (ICE) to not re-detain people previously in government detention who were released during the COVID-19 pandemic.

Dozens of lawmakers, led by Rep. Pramila Jayapal (D-Wash.), praised the administration’s decision to release the migrants but urged it to not backtrack given the improving national conditions regarding the pandemic.

“We respectfully request that DHS and ICE take prompt action to ensure that there is a clear policy regarding individuals who have been released from detention due to COVID-19, and that no one is re-detained solely as a result of our nation’s recovery from the pandemic,” the lawmakers wrote in a letter to Homeland Security Secretary Alejandro Mayorkas and ICE acting Director Tae Johnson.

“In addition, we request that DHS and ICE ensure that health and safety measures, releases from custody, and vaccination protocols are reviewed, improved, and enacted at detention facilities to ensure robust protections for those that remain detained.”

The letter comes amid lingering concerns over the spread of the coronavirus in ICE detention facilities. Citing government data, the lawmakers wrote that more than 16,000 detained migrants had contracted the virus in ICE custody and that the prevalence in such facilities is 20 times greater than in the general public.

Federal courts across the nation have ordered the release of thousands of migrants in light of the increased caseload.

The lawmakers praised ICE for following the courts’ orders but said the agency should provide clearer guidance as to whether it intends on re-detaining those individuals as the number of cases across the nation continues to fall.

“The overwhelming majority of these individuals are now living safely at home with their families, with clear improvements to their health. They are now providing valuable support to their communities and loved ones, in compliance with the terms of their release, posing no danger to the community,” they wrote.

By Tal Axelrod for THE HILL
Read Full Article HERE