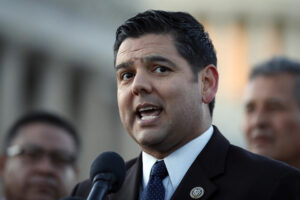 The party has a prime opportunity to go around Republicans, but it involves another battle with the Senate rulebook.

Exhausted by years of sputtering immigration talks with Republicans, Democrats plan to try their luck with the Senate’s byzantine rulebook instead.

Top Democrats, with the support of the White House, are planning to tuck a handful of immigration measures into their forthcoming $3.5 trillion spending bill. The tactic — which just months ago seemed like a long shot even to liberals — is now widely seen as President Joe Biden’s best shot at confronting one of Washington’s policy leviathans and delivering on a decades-long party promise.

“It’s very, very difficult to get Republicans right now. Even those who were around showing leadership in 2013 are very hesitant to step up,” said Michigan Sen. Debbie Stabenow, the No. 4 Democratic leader. “Unfortunately, in the world we are in, with Sen. McConnell trying to slow down and stop everything, this is our best option.”

Taking that backdoor approach to immigration, which wouldn’t require a single GOP vote, could cast a chill over any future attempts at bipartisan reform. But those bipartisan talks have stalled out in the Senate after nearly a dozen meetings, and Democrats have perhaps their only opportunity at going around Republicans on the issue.

Though a long way short of a comprehensive overhaul, Congress’s fiercest immigration advocates are embracing it.

“We have had an every-which-way approach to immigration reform,” said Rep. Raul Ruiz (D-Calif.), who leads the Congressional Hispanic Caucus and began pushing for the idea in January. “This is currently our best effort.”

Some Democrats are more blunt in private, saying they believe the current strategy is their only chance to enact meaningful immigration changes this Congress. But there’s no guarantee it will work, and there’s some skepticism in the Senate about what can actually be done.