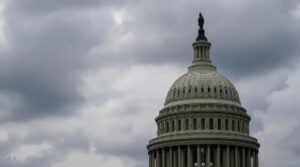 A second ruling by the Senate parliamentarian has Democrats grasping at straws over how to include some form of immigration relief in their sweeping reconciliation package, as activists pressure them to do more to change the upper chamber’s rules.

The decision was a stinging blow to Democrats that left them with few options, though some were moving toward a plan C that would involve granting parole to groups of undocumented immigrants.

“The next one in line is this parole option, which is not as ambitious as the first two, but it also brings relief to a significant number of people that are here without any documentation and allows them the ability to work,” said Rep. Adriano Espaillat (D-N.Y.), who along with Reps. Jesús García (D-Ill.) and Lou Correa (D-Calif.) has vowed to vote “no” on any reconciliation bill without immigration provisions.

This option would grant temporary immigration and work benefits to potentially millions of people, but not a direct path to citizenship.

While immigrant groups are likely to balk at what they consider a potential trap into “second-class” citizenship, the temporary nature of parole would directly address one of MacDonough’s main concerns with the two permanent residency plans.

The first proposal that MacDonough struck down would have reportedly granted green cards to as many as 8 million immigrants, while the second would have covered around 6.7 million people, by most estimates.

In her Wednesday ruling, MacDonough made clear that she considers granting millions of green cards a significant policy change that’s incompatible with the rules of reconciliation. Those rules prevent Republicans from filibustering the package.