Home Politics Democratic Lawmakers Wrestle With How To Proceed On Immigration 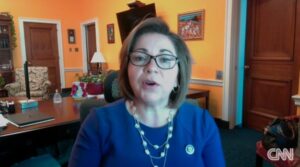 Democratic lawmakers are wrestling with how to move forward with a series of immigration bills that would legalize undocumented immigrants, with some pushing for sweeping immigration revisions out of the gate and others urging caution.

Lawmakers are hoping to resurface immigration bills on the House floor before April 1, a period in which they can introduce legislation in the new session that’s already passed in the chamber without going through committee again. Those bills would grant legal status to thousands of undocumented farmworkers and address immigrants who came to the US illegally as children, as well as two other programs, Temporary Protected Status and Deferred Enforced Departure, that offer temporary relief.

Then too there’s President Joe Biden’s immigration legislation, known as the US Citizenship Act, which tackles the whole US immigration system and seeks to legalize millions of undocumented immigrants already in the US.

Biden said during a CNN town hall this month that he wants a pathway to citizenship for undocumented immigrants residing in the US but signaled willingness to pass other immigration measures in the interim.

Democrats involved in the efforts are in talks with leadership about how to proceed with the immigration agenda in the House but decisions haven’t been made yet, according to multiple members and aides. Leaders in the Congressional Hispanic Caucus are still holding education seminars with various groups within the Democratic caucus, according to one member.

“There are two camps. One is that we should have three separate votes and one that says we should bundle them all together,” said one Democratic member who asked to speak on the condition of background to freely discuss the internal caucus conversations. “It’s also unclear if they want to try to do this in a purely partisan way or do they want to try to build bipartisan support for it?”