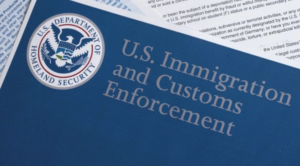 A midtown Phoenix office building is being used by a federal defense contractor to house immigrant children, according to the California-based Center for Investigative Reporting.

The building, leased to Virigina-based MVM in March, has drawn attention from neighbors with increased security and regular unloading of white vans containing children, according to the report.

The lease for the building does not allow it to be operated as a shelter. MVM officials told CIR the facility is just being used to keep the children while they are being transferred from one building to another.

U.S. Immigration and Customs Enforcement officials said they have a contract with MVM that allows the company to use its offices temporarily to keep children waiting transportation between the U.S. Customs and Border Protection and the U.S. Department of Health and Human Services.

Neighbors near the office told CIR five vans took children away June 22, two days after President Donald Trump signed an executive order that ended a practice of separating illegal immigrants from their children.

Phoenix Councilwoman Kate Gallegos said in a statement she was “deeply disappointed” ICE would allow an office building to be used to house children.

“I have asked city staff to account for city codes that are being violated or have been violated by ICE’s practices,” Gallegos said. “In addition, I will be asking the Arizona Health Services Department to investigate this matter to ensure appropriate standards are being practiced and that any violations be pursued.”