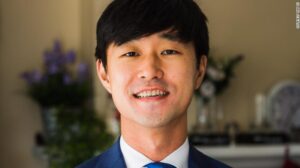 (CNN) – Nearly a decade after being allowed to work legally in the US, Ju Hong was back at square one this month, scrambling to obtain a work permit and seeking continued protection from deportation under the Obama-era Deferred Action for Childhood Arrivals program.

Hong has been a DACA recipient since 2012 but his permits expired in early July despite applying for a routine renewal. “When my DACA got expired, I was terminated from the job and as a result, I lost my health insurance and it’s impacting me both personally and professionally,” Hong, 31, told CNN.

On Wednesday afternoon, Hong received a call from US Citizenship and Immigration Services notifying him that his DACA had been renewed, he told CNN. He’s still waiting for official notice that his work authorization has been approved.
“I’m super thankful and relieved,” he said. “In the previous cases, when DACA was approved, work authorization was also approved.”

Hong is among thousands of DACA beneficiaries desperately trying to keep or renew their permits amid a backlog of applications that accumulated during the coronavirus pandemic. It’s the latest twist in an ongoing saga over the program, which shields undocumented immigrants who came to the US as children from deportation and allows them to legally work in the United States.
It’s been a turbulent few years for beneficiaries of DACA, after the Trump administration tried ending DACA in 2017. That move faced immediate legal challenges and was eventually blocked by the Supreme Court last year.