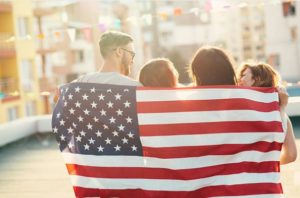 An Aug. 8 preliminary injunction hearing on the “lawfulness” of the Deferred Action for Childhood Arrivals (DACA) program has advocates urging current and former DACA recipients to renew their status immediately if it expires before 2020.

Cesar Espinosa, the executive director of immigrant advocacy group FIEL, told Houston news station CW39 that anyone with less than a year left on their DACA permit is encouraged to begin the renewal process right now.

Across Twitter, immigration lawyers and advocates are calling for people whose DACA expires in the next year to get their documentation renewed while they still can.

On Aug. 8, U.S. District Judge Andrew S. Hanen is scheduled to preside over the preliminary hearing of Texas v. Nielsen, which was brought by Texas and other states last year to challenge the legality of DACA. According to the National Immigration Law Center, Hanen will decide whether to issue a preliminary injunction on DACA, which may halt U.S. Citizenship and Immigration Services (USCIS) in accepting DACA applications and renewals. (In 2015, Hanen issued the ruling that stopped President Barack Obama‘s Deferred Action for Parents of Americans [DAPA] program, which, similar to DACA, would have allowed certain undocumented parents of American citizens to work in the U.S. legally.)