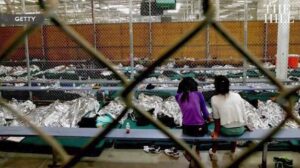 An immigration court system that swelled with fresh cases under former President Trump is threatening to stall a Biden administration determined to reform U.S. immigration.

The number of migrants awaiting court hearings more than doubled under the Trump administration as it sought to accelerate deportations while moving quickly to install its own judicial picks across the system.

It’s a difficult scenario for a president who campaigned on making it easier to apply for asylum and providing a pathway to citizenship for some 11 million undocumented people already living in the U.S.

“We’re looking at four years for people to get to their next hearing. A significant portion of those people are entitled to legal status and are in legal limbo with family hanging in the balance because of this lack of an effective system,” said Peter Markowitz, an immigration law professor at the Cardozo School of Law at Yeshiva University.

“There’s no way to do justice with a caseload like that,” he added.

The immigration court system, run by the Department of Justice (DOJ), has 1.3 million cases already on the docket, including people facing deportation, those hoping to gain asylum after fleeing persecution abroad and those who, even if they overstayed a visa, may be entitled to a green card.

The White House has been eyeing administrative fixes, including a memo to Immigration and Customs Enforcement (ICE) prosecutors released Friday giving them greater discretion to drop cases and outlining a number of criteria to help steer the agency’s lawyers away from the deportation cases that surged under Trump.

The memo also teases future moves to unburden the system “at a later date and in a comprehensive fashion.”

“The size of the court backlog and the extraordinary delays in completing cases impede the interests of justice for both the government and respondents alike and undermine confidence in this important pillar of the administration of the nation’s immigration laws,” the Biden administration wrote in the memo.