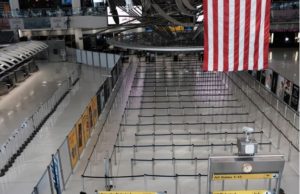 A federal judge in Oregon refused to suspend President Donald Trump’s recent executive order that put a 60-day ban on green cards for most immigrants due to the coronavirus crisis.

The ruling came from U.S. District Judge Michael Simon, who sided last fall with the same plaintiffs when they sued over a separate immigration proclamation issued by the president. That policy would deny visas for people who can’t pay for their own health insurance or foreseeable medical costs, although Simon temporarily stopped its implementation. The 9th Circuit Court of Appeals is now weighing that injunction.

Simon also granted the plaintiffs, who are immigrants, class-action status in that case, and in this new petition they had hoped to piggy-back on his previous ruling. They contended that the coronavirus-related freeze on visas could delay applications for some of these same immigrants whom Simon backed last fall.

But the judge said it was too much of a stretch to connect the two policies, and that it was outside his authority to stop the temporary coronavirus-related immigration freeze just because it might apply to some of the plaintiffs in the class-action lawsuit. Doing so would be “untenable,” he wrote, since it could interfere with any attempt by a president to temporarily restrict immigration for urgent national security reasons.

Trump’s order came last week, after he vowed that he’d halt immigration to the United States during the Covid-19 crisis. But in the end he limited the order to a 60-day freeze on most green cards while still allowing visa-processing for hundreds of thousands of temporary employees like farm workers and crop pickers, who make up the majority of immigrants.