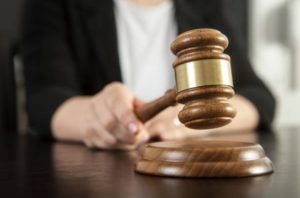 This morning the Supreme Court issued orders from the justices’ private conference last week. The court added one new case to its merits docket for the term that begins in October. The justices once again did not act on two groups of high-profile petitions – one involving gun rights and the other involving qualified immunity – that they considered last week.

With the grant in Niz-Chavez v. Barr, the justices added another immigration case to their docket for next term. At issue in the case is the kind of notice that the government must provide to trigger the “stop-time rule,” which stops noncitizens from accruing the time in the United States that they need to become eligible for discretionary relief from deportation. Congress passed the “stop-time rule” to keep noncitizens from taking advantage of lengthy delays in deportation proceedings to continue to accrue time. Under the rule, a noncitizen’s time in the United States, for purposes of relief from deportation, ends when the government sends him a “notice to appear” containing specific information about a scheduled removal proceeding. The question that the justices agreed to decide today is whether all the necessary information must be provided in a single document in order to trigger the stop-time rule, as Agusto Niz-Chavez, who came to the United States from Guatemala in 2005, contends, or whether the government can trigger the rule by providing the information in multiple documents.

The justices denied review in the case of Michael St. Hubert, a Florida man who was sentenced to 32 years in prison for a series of armed robberies; his sentence included a mandatory 25-year sentence for using a firearm during a crime of violence. The U.S. Court of Appeals for the 11th Circuit rejected St. Hubert’s argument that his crime was not a crime of violence, pointing to prior cases denying permission to file second or successive habeas petitions.