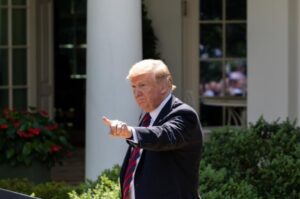 A lawsuit has moved forward that may decide the fate of hundreds of thousands of immigrants and temporary visa holders. These are individuals blocked by two sweeping presidential proclamations issued earlier this year. The plaintiffs seek a preliminary injunction to stop the Trump administration’s proclamations.

On April 22, 2020, Donald Trump issued a presidential proclamation to “suspend” the entry of nearly all immigrants to the United States. If the entry bans in the presidential proclamation continues, which might be for another four years if Trump is reelected, then virtually no employment-based or family immigrants (except for the spouses and children of U.S. citizens) or Diversity Visa immigrants can enter America. The proclamation claimed the action was necessary due to the high U.S. unemployment rate. However, no serious economic arguments or data were presented to support the contention that allowing in fewer immigrants would lower the unemployment rate.

On April 28, 2020, the American Immigration Lawyers Association (AILA), Justice Action Center and Innovation Law Lab challenged the April proclamation. The lawsuit was filed on behalf of a (putative) class of family-based sponsors of visas for relative children who were about to “age-out” and lose the ability to be issued a visa as a result of the proclamation, according to Jesse Bless of AILA.