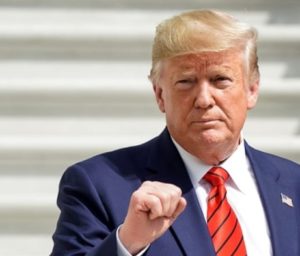 The NYC Commission on Human Rights (Commission) has announced new guidelines for New York’s Human Rights Law that will make it easier for undocumented aliens to live and work in New York without being detected by immigration authorities.

The guidelines designate conduct that facilitates immigration enforcement or makes it harder for undocumented aliens to remain in New York as “unlawful discrimination,” and the Human Rights Law has steep penalties to deter New Yorkers from doing these things.

Section 8-126 authorizes the Commission to fine a person up to $125,000 for engaging in an unlawful discriminatory act. If the act was willful, wanton or malicious, the fine can be up to $250,000.

The guidelines go too far.

For example, it could now be illegal to call someone an “illegal alien.”

But the guidelines in fact go much further. They violate the constitutional rights of lawful New York residents in order to protect undocumented alien residents. What’s more, making it easier for undocumented aliens to live and work in New York illegally is prohibited by a federal harboring provision that makes providing such assistance a criminal offense.

Federal law prohibits employers from knowingly hiring aliens who are not authorized to work in the United States. The objective is to eliminate the “job magnet” that draws undocumented aliens to the United States.

By Nolan Rapport for THE HILL
Read Full Article HERE