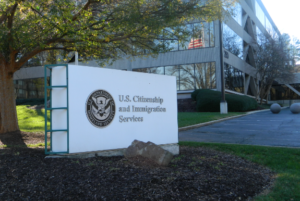 Recently, 53 illegal aliens died a horrific death in a sweltering tractor trailer on a Texas highway as they were being smuggled into the United States. Only 11 of the migrants survived. This incident is a true tragedy. However, it is one that could have been prevented through deterrence.

But rather than deterring unlawful entry, current U.S. immigration laws and policies incentivize alien smuggling. The anti-borders contingent complains about harsh consequences for violating the Immigration and Nationality Act, but in reality, our immigration system is more like a game of roulette where the odds favor the gambler, not the house.

As soon as law enforcement authorities began investigating the tragic Texas incident, the Department of Homeland Security announced it would be looking into T and U visas for the survivors. The T program offers protections for victims of trafficking who assist in the prosecution of traffickers. The U visa program offers protections for victims of crimes other than trafficking.

These programs may seem like reasonable ways of inducing the victims of crime to testify against criminals in American courts. They are not. What they actually do is encourage immigration fraud and reward foreign nationals for breaking U.S. immigration laws.

A recent report by the Department of Homeland Security’s Office of the Inspector General found that “mismanagement of the U visa program led to questionable petitioners gaining U visa benefits.” Indeed, over the last five years, the Department of Justice has pursued U visa fraud charges against individuals in Indiana, South Carolina, Minnesota and Pennsylvania. Similar cases abound because fraud is, and always has been, rampant in the U program.

Meanwhile, the T program erroneously presumes that everyone who is smuggled into the United States has been “trafficked.” But there is a significant difference between people who are smuggled and those who are trafficked. The vast majority of migrants who use smugglers do so voluntarily and are willing participants in a criminal conspiracy to illegally enter the U.S.