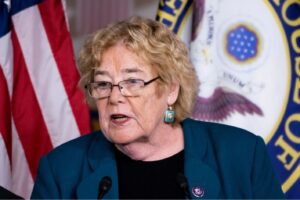 House Democrats will hear testimony Thursday on the prospect of making the immigration court system — now housed within the Justice Department — independent.

The hearing by the House Judiciary Committee’s immigration panel will feature current and former immigration judges, as well as representatives from major bar associations. It comes amid the release of a new report that found the current immigration backlog is approaching 1.6 million cases.

The hearing also comes as the subcommittee’s chairwoman, Rep. Zoe Lofgren, D-Calif., prepares to put forth legislation to revise the immigration court system. A committee staffer said Lofgren continues to work on the bill and did not provide a timeline for the legislation to be unveiled.

The immigration backlog has grown by more than 17 percent — or roughly 250,000 cases — since June 2021, when the case backlog stood at roughly 1.36 million, according to data released Tuesday by the Transactional Records Access Clearinghouse, a Syracuse University research center. The backlog grew by nearly 24 percent since December 2020, it found.

“This has been really persistent and accelerating,” said TRAC’s director, Susan Long. “Will that pace continue? I don’t have a crystal ball. But I don’t see anything on the horizon that’s going to change that either.”

Mimi Tsankov, president of the immigration judges’ union and one of the hearing panelists, said she will address in her opening remarks the “root causes” of the challenges facing the immigration courts, including lengthy case backlogs.

She said the court structure within the DOJ creates an “inherent conflict” within the system, where immigration judges — intended to serve as neutral adjudicators — must answer to the U.S. attorney general, the political head of a law enforcement agency.

Changes in presidential administrations may also worsen the court’s growing case backlog as new government officials seek to make their mark, she said.