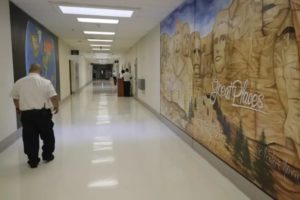 The House Oversight and Reform Committee has opened an investigation into the medical care of immigrant detainees in the wake of a BuzzFeed News investigation that revealed a series of allegations of substandard care from a whistleblower.

The congressional committee issued letters on Monday demanding a series of documents from Department of Homeland Security and Immigration and Customs Enforcement officials.

The letters — sent to Matthew Albence, acting ICE director, and Cameron Quinn, the DHS officer for Civil Rights and Civil Liberties (CRCL) — request the memo documenting a series of allegations from a whistleblower that was reported by BuzzFeed News on Dec. 12, along with any other documents related to the report by Jan. 10.

Raskin also called for documents on other allegations of improper medical care, all communications between ICE and CRCL discussing the medical care of detainees, internal death reviews, and any documents justifying personnel actions of individuals who worked for ICE and documented improper care or discussing retaliation against such an individual.

“According to the report, most, if not all, of these incidents were the result of gross negligence on behalf the ICE personnel and medical professionals tasked with caring for detainees,” Raskin said in a statement.

A DHS spokesperson said Monday that the department has already provided the committee with multiple briefings and more than 5,000 pages of documents on the matter.

“DHS is committed to the highest standard of care,” spokesperson said in a statement. “We have more than 200 medical professionals on the border and are continually updating our policies and procedures.”