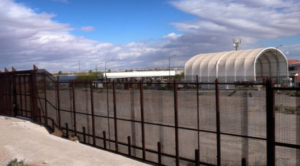 (CNN) Lawyers and legal observers expressed confusion and frustration this week as immigration hearings ramped up at two new tent facilities along the US-Mexico border in Laredo and Brownsville, Texas.

The facilities are an expansion of the so-called Migrant Protection Protocols program, which requires some migrants to wait in Mexico for the duration of their immigration proceedings. The judges, in these cases, are not at the tent facility but preside by teleconference from other immigration courts several miles away. The process has meant lawyers have faced a host of logistical challenges in representing clients who are staying in Mexico.

“The whole process is disorienting,” said Laura Lynch, senior policy counsel for the American Immigration Lawyers Association. “How could we expect these unrepresented individuals fleeing harm, fleeing violence from their home countries… how could we even expect them to fully understand this process?”

The Trump administration began the roll out of MPP, informally known as “remain in Mexico,” earlier this year. The first slate of hearings in March also stirred confusion among immigration lawyers who scrambled to understand the intricacies of the policy. Previously, migrants seeking asylum were allowed to stay in the United States as their case moved through the immigration court system.

Lisa Koop, lawyer at the National Immigrant Justice Center, represented eight migrants who are seeking asylum and waiting in Mexico for the duration of their proceedings. Koop attended hearings at the Laredo tent court where her cases were scheduled.

Koop and her clients were able to briefly meet in small, air-conditioned rooms before the hearings, which began at 8:30 a.m. During the hearings, Koop described how migrants saw the immigration judge on a screen, but not the Immigration and Customs Enforcement attorneys, adding that it was “often hard to hear” them.
While her clients had a sense of what was going on, others appeared “bewildered.”